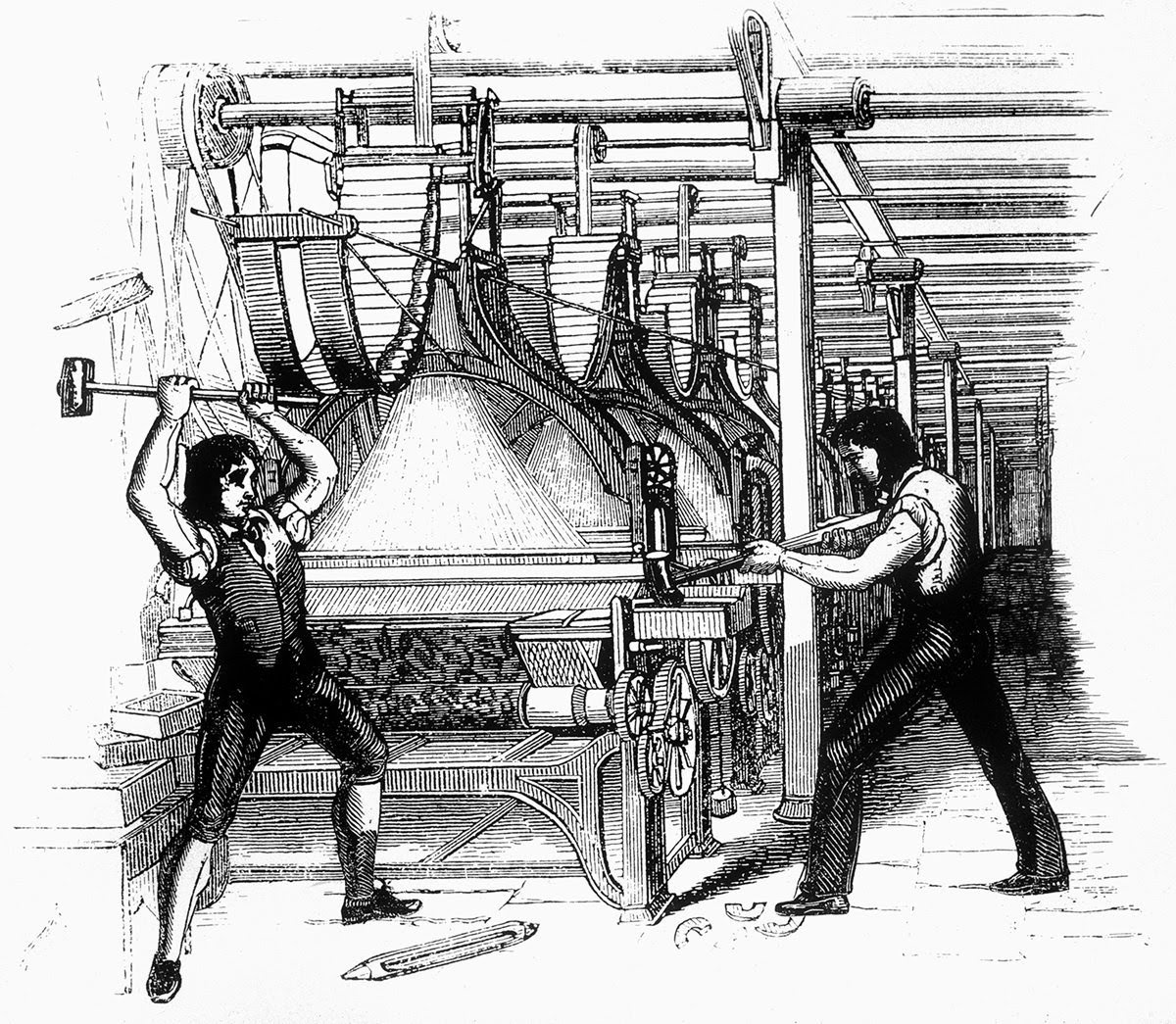 I thought I'd close of the old year with some thoughts about what I think of as the new Luddism. In the popular mind, Luddites are anti-technology. I think this misrepresents the purpose of the original Luddites who make their mark in England some two hundred years ago when industrial techniques were first introduced.

The original Luddites were craftsmen such as weavers etc who broke the power looms that were dispossessing them of their livelihood. They were opposed by the powerful and slandered as being haters of technology and Bonapartist spies. Over the years, the Napoleon calumny has died away, but the notion of them being anti-technology lives on.

In fact these craftsmen couldn't have been anti-technology. They used technology in their daily lives and their work. They often constructed and maintained their own equipment and indeed were probably more technically adept than their contemporaries. What motivated them was the issue of who was in control of technology. They wanted to maintain control of their work and its organization and realized that with the introduction of industrialization, they would lose this control.

So who are the new Luddites? It's not those who oppose technology but the hackers who dedicate themselves to making devices such as smart phones do their bidding rather than remaining under the control of their manufacturers. 'Jail breaking' is the term used and it often comes up in the press. Here's an announcement of the successful jail break of an Apple device.

I'm sure there are people who explicitly identify these hackers with the Luddites of old, but they seem to be extremely rare. Yet the Luddites of old and the hackers share the same motives: keeping the control of technology from slipping into the hands of others.
Posted by Unknown at 6:23 PM